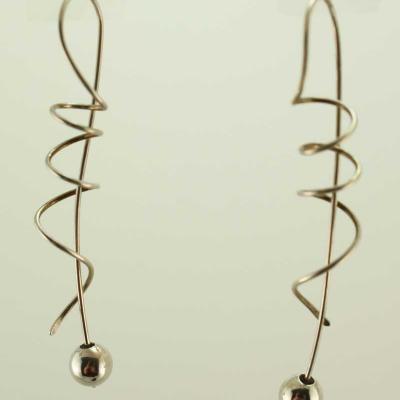 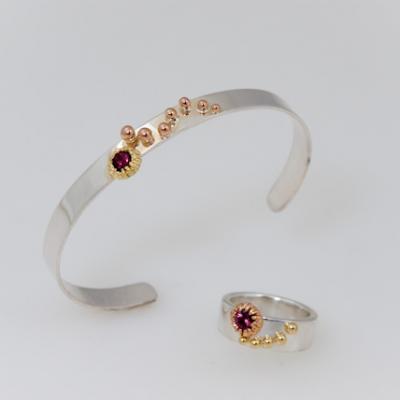 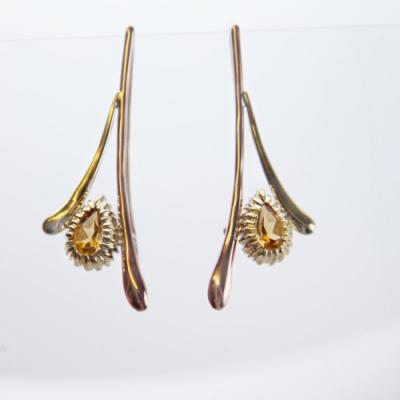 Rachel Bertoni has been making jewelry since 1982. She registered her first business in 1985 and became Bertoni Designs in 1992. She has a BA in art/ed from Queens College and an MFA in sculpture from City College. She also studied jewelry making at FIT, Craft Students League and Rio Grande.

She has taught at Pratt, Fashion Industries High School, Mercy College, Crafts Students league, JCC and the YWCA for over 15 years. She continues to share her knowledge with others both in the classroom and beyond.

For many years, Rachel Bertoni has been commissioned to create designs and original wax carvings for QVC, HSN, Andin and other companies that were marketed throughout the world. She has had several full-time positions working as a jewelry designer and wax model maker for large gold manufacturers. In 2000, she decided to open a retail gallery in Sugar Loaf, NY and create her own jewelry collection.

Over the years she has worked with many different materials. She primarily works with gold, silver, semi-precious & precious stones in her unique collection of handmade jewelry items.

Several techniques are used to create these works of wearable art. The more sculptured pieces are hand carved in wax and then cast using the lost wax casting technique. The casting can be done in a variety of metals. Many of them become one-of-a-kind pieces.

Her recent endeavor is the creation of a distinctive line of 18K jewelry entitled, “Nature’s Elements,” that will be marketed on a wholesale level. In March 2009, Bertoni Designs won an award from National Jeweler Magazine’s, “Best of Colored Stone Contest”. The 18K pendant titled, “Cascading Gems”, featuring boulder opal and blue diamonds, came in second place.